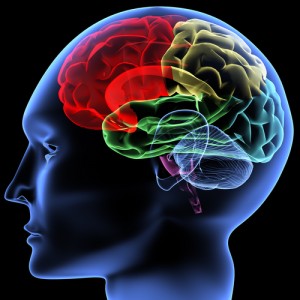 Thank you, Robin Eastham of Virginia, for sending in this month’s “AHH-mazing AHA! Discovery” for February.

Researchers at the University of Virginia (UV) School of Medicine have discovered a connection between the brain and our immune system which could affect the way in which we treat neurological diseases such as autism, Alzheimer’s and multiple sclerosis. It may even influence the role of aging on disease.

When they say, “connection,” they don’t mean some obscure reference to positive thinking and immune health – they’re referring to actual vessels in our brains that were previously undetected by other medical researchers.

“The brain is like every other tissue connected to the peripheral immune system through meningeal lymphatic vessels,” said Jonathan Kipnis, a professor in UV’s Department of Neuroscience and Director of UV’s Center for Brain Immunology and Glia. “Instead of asking, ‘How do we study the immune response of the brain?’ and ‘Why do multiple sclerosis patients have the immune attacks?’ – now we can approach this mechanistically.”

What this means is that for every neurological disease that has an immune component, these vessels play a major role. This changes the way scientists will view the central nervous system’s relationship with the immune system, and subsequently how they will treat patients with neurological diseases. The experts believe that the textbooks will have to be re-written to reflect this startling new information.

The discovery came via Antoine Louveau, a postdoctoral fellow in Kipnis’ lab, who noticed vessel-like patterns in the distribution of immune cells on examination slides. When Louveau tested for lymphatic vessels – they were there. Suddenly, the impossible existed.

The possibilities are astonishing. For example, “In Alzheimer’s, there are accumulations of big protein chunks in the brain,” Kipnis said. “We think they may be accumulating in the brain because they’re not being efficiently removed by these vessels.”

Could something as simple as a “spring cleaning” for these vessels be the cure for previously incurable neurological diseases?