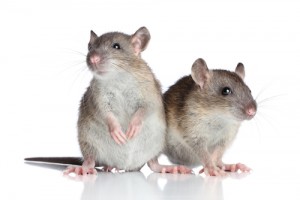 An AquaNew Customer, Gary Seaboyer of Sarasota, FL., recently forwarded to us this article from Live Science on a potential research breakthrough in the treatment of Alzheimer’s disease. The neurological disease affects more than 5 million Americans, a number that is expected to hit 14 million by 2050. Alzheimer’s disease has become the sixth-most common cause of death in the United States.

Now, hopeful scientists in Korea, led by Young Soo Kim of the Brain Science Institute at the Korean Institute of Science and Technology (KIST), may have found a solution. They discovered that when they add a small chemical known as EPPS (short for 4-(2-hydroxyethyl)-1- piperazinepropanesulphonic acid) to the drinking water of mice that have been bred to develop the disease, it breaks down clumps of the protein plaques (amyloid beta) known to be a cause of Alzheimer’s – thereby improving the learning and memory functions of the mice. While most medications seek to slow the development of these plaques, removing them after they have formed has been a challenge for medical researchers.

These scientists have discovered through their experiments that EPPS could break the plaque apart in a mammal. The EPPS compound is small enough to cross the blood-brain barrier when added to drinking water – something which is typically impossible with most foreign materials.

But, there is some skepticism as to EPPS being a long-term safe solution in humans. Neurology professor at the University College in London, John Hardy, said the research is indeed interesting but Hardy added, “It should be borne in mind that the cause of the behavioral problems in humans is largely from loss of nerve cells, and this does not happen in the mice models of the disease, so the improvement in the behavioral features in the mice may not be relevant to the human situation.”

Still, Kim and his team are excited about the possibility of EPPS being able to counter the early symptoms of Alzheimer’s disease and said, “there are about 10 to 15 years of amyloid accumulation before Alzheimer’s patients develop brain atrophy and cognitive deficits.” He believes that there is an opportunity during this time period to slow or prevent irreversible damage. Read more about this study HERE.

We appreciate Gary forwarding this article to share with others. Pure water is an amazing universal solvent to be used in medical breakthroughs. We have an educated opinion that our Polarized Water may enhance the efficacy of compounds passing through the blood-brain barrier, and also may serve in either removing dislodged plaque from neurons or protecting against nerve loss damage in humans.