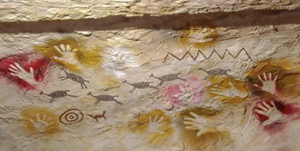 Considering the ongoing pandemic, maybe this question has become more relevant than trivial. Back in 2018, we posted on AquaNew’s Facebook Page this “trivia” question:

Ancient man did not have antibiotic drugs but mankind survived.

Question: What is the chemical compound made in ancient man that is also made by our own bodies, and defends against bad bacteria?

This post received over 28,000 views, almost 400 reactions, more than 60 shares and more than 60 comments. Other answers ranged from the clinical (cytokines, interferon, endogenous, antibodies, brain tissue, white blood cells, T-cells and neutrophils) to diet (water, coffee, salt/sodium, honey, cannabinoids, probiotics, carbon and basic foods such as roasted meats and fruits) to bodily secretions/excretions (mucus, urine and poop) and more (dirt, soap, oxen, genetics, DNA, differences in longevity, both political and cultural opinions, evolution and religious philosophy). Along with answers of cytokines and interferon, other close answers relevant to hydrogen peroxide production in the body were “white blood cells”, “T-cells” and “neutrophils” or a type of white blood cell.

Last month, we discussed that cellular mitochondria is the powerhouse of our own immune system … regulating immune cell development, activation, proliferation, differentiation, and even death of immune cells including T-cells that produce hydrogen peroxide (H2O2). Researchers have discovered that cellular mitochondria also produce H2O2 with the following excerpt of an article posted on ScienceDirect.com:

“It thus seems likely that most or all human cells are exposed to some level of H2O2, with the mitochondria being an important source. However, certain tissues may be exposed to higher H2O2 concentrations”.

In our review of the literature, high levels of hydrogen peroxide in urine could be advantageous in diminishing infections of the bladder and urinary tract.

There are, however, deleterious effects from uncontrolled high levels of hydrogen peroxide in damaging cells and DNA. Hydrogen peroxide is considered a Reactive Oxygen Intermediate (ROI) that is used to ameliorate superoxides (stronger oxidative potential). The enzyme catalase in the liver breaks down hydrogen peroxide into oxygen and water.