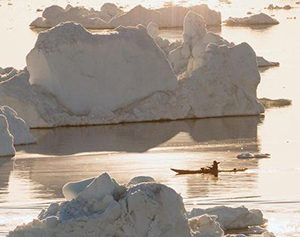 Toxins are anti-energy for the human body. In our previous blog about Mitochondric Life, we discuss the importance of cells to hold electrical charge to move water across membranes for hydration, detoxification and support of cellular mitochondria for energy production. Electron-enriched Watt-Ahh will powerfully maintain that essential charge for life.

Toxins including glyphosate will act as electrical grounds and hinder membrane osmosis leading to unhealthy cells. Except possibly Inuit (Eskimo) people living sustainably near the shore of the Bering Sea, most humans have been exposed to glyphosate residue in our food, in the cotton fibers of our clothing and even in the rain. It is probable that your urine sample will test positive for glyphosate.

U.S. EPA has recently updated its “comprehensive evaluation of carcinogenic potential of glyphosate”, and concludes a low risk to humans. On page 15 of this report, reads in part:

“Oral exposure is considered the primary route of concern for glyphosate. Oral absorption has been shown to be relatively low for glyphosate (~30% of administered doses) with negligible accumulation in tissues and rapid excretion (primarily unchanged parent) via the urine. Due to its low vapor pressure, inhalation exposure to glyphosate is expected to be minimal. Dermal penetration has also been shown to be relatively low for human skin (<1%) indicating dermal exposure will only contribute slightly to a systemic biological dose. Furthermore, in route-specific inhalation and dermal toxicity studies, no adverse effects were observed. This all suggests that there is low potential for a sustainable biological dose following glyphosate exposure.”

Great Plains Lab will test for glyphosate in urine samples. The information on this link reads in part:

“The World Health Organization International Agency for Research on Cancer published a summary in March 2015 that classified glyphosate as a probable carcinogen in humans Possible cancers linked to glyphosate exposure include non-Hodgkin lymphoma, renal tubule carcinoma, pancreatic islet-cell adenoma, and skin tumors. Studies have also indicated that glyphosate disrupts the microbiome in the intestine, causing a decrease in the ratio of beneficial to harmful bacteria… Treatment of glyphosate toxicity should be centered on determining the route of introduction and avoiding future exposure. Eating non-GMO (genetically modified organism) foods and drinking reverse osmosis water are two of the best ways to avoid glyphosate. A recent study showed that people eating organic food had considerably lower concentrations of glyphosate in the urine. Drinking extra water may also be beneficial since glyphosate is water soluble.” (We added the bold emphasis).

We wanted to share these two opinions. Glyphosate may be eliminated in our urine with or without acute cellular damage. We understand, however, the actual residence time of glyphosate throughout the human body that may potentially deaden the electrical charge of our cells, cannot be tested by only urine samples. So, yes Great Plains Lab, we support your prescription to drink extra pure water, preferably Watt-Ahh Polarized Water that protects and restores mitochondric energy for a healthier, cleaner life.