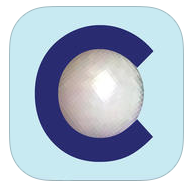 After Bryan Shaw’s son, Noah, was born with a rare form of eye cancer known as retinoblastoma, Shaw – a chemist from Baylor University –  went on to help develop an iPhone app that enables users to check for early signs of certain eye diseases. Shaw noticed signs of his son’s condition when Noah was just 12 days old. In many of the family photos taken with his son, there was a distinctive white reflection coming from his eyes, which turned out to be tumors reflecting back. When Shaw learned its significance, he wanted to help other parents by providing an early detection tool.

After gathering thousands of photos of healthy eyes vs. those with varying eye diseases, Shaw worked with Baylor computer scientist Greg Hamerly to create the “White Eye Detector” app, and it has the capability to search your photos and notify you if it picks up on potential eye problems. It also has a screening mode, where a user can shine their iPhone into someone’s eyes and the software will search for a white reflection.1 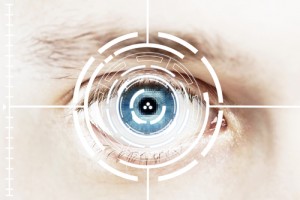 This story hits close to home for us, as we recently spoke with one grandmother who informed us that when she and her daughter used the app, they discovered that her two-year-old granddaughter may have had a tumor, which was later confirmed via medical scans. Her disease is believed to have been toxin-driven prior to birth, and not genetic, since the tumor only occurred in one of her two eyes. Because of the early detection, the medical team feels confident that the treatment will save her daughter’s life.

In addition to helping all parents with early detection, imagine how useful this screening tool could be in areas of the world where they may not have ready access to medical screenings.1 It is our Ahh-mazing “AHA” discovery for November: The White Eye Detector app for early detection of eye disease in children.

UPDATE: We recently heard from Bryan Shaw about this article. He shared in an email, “Dear Dana, thank you for featuring our app in your write up. We have been happy with the number of people CRADLE has helped from all over the world. We do like to keep track of the success stories so feel free to pass our info along to your friend who was helped. We would love to talk to them and introduce them to our community of survivors. Best, Bryan Shaw.”

Thank you, Bryan Shaw, for the great work you do to help so many families.

1 We need to caution that no early detection app can replace consultation with your physician for any potential medical condition.