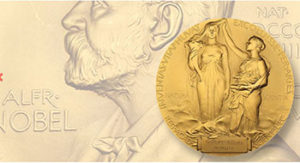 It is 1965. Can you imagine a 30-something woman presenting her research paper at an American Cancer Society (ACS) seminar and making a disruptive statement that the mitochondria has a second genetic system separate from that of our nuclear DNA? And to go on, to present its possible role in the initiation of cancer. The woman, Margit M.K. Nass, had PhD credentials. Several years before, she and her husband, Sylvan Nass, made their discovery at the Wenner-Gren Institute for Experimental Biology in Stockholm, Sweden. They were studying respiration differences in chicken embryos. While using an electron microscope, the mitochondrial fiber trail led them to the realization of DNA replication in the mitochondria. When Margit first addressed the ACS in the mid-1960’s, she was an ambitious researcher affiliated with the University of Pennsylvania, specifically at the School of Medicine’s Department of Therapeutic Research. Over the next thirty years, she diligently continued her research and prolifically published dozens of research papers.

Her peak research period (between 1960 and 1995) likely occurred before our contemporary social content that may explained why in my “google” searches, I could neither find a photo of Margit nor any article about this disruptive science news of discovering mtDNA (mitochondrial DNA). With all of her groundbreaking research, it is strange that there are no accolades given to Margit that would have come up in my google search. Anyway, Margit appears to be enjoying life in her late 80’s while living with her current husband in Pennsylvania.

Not only is Margit one of the discoverers of mtDNA, she also is a pioneer in studying viral effects on mammals (chickens, hamsters, mice and human) which is so relevant to our current time. Margit studied tumors to understand the effects of retroviral transformation on DNA replication. For her studies, she extracted mtDNA from organelles harboring intramitchondrial virus.

We honor Margit M.K. Nass Edelson’s endurance and drive to unlock mysteries behind the fundamental second genome for life as well as she being a pioneer researching viral-transformation of mtDNA that may manifest into diseases such as cancer. What is more relevant for our time?

Nobel Prize in Physics and Chemistry

We think Margit should receive a Nobel Prize in Physics and Chemistry for her groundbreaking laboratory discoveries.

Interestingly, the science medal awarded by The Royal Swedish Academy of Sciences (shown in the photo above) represents Nature in the form of a goddess resembling Isis, emerging from the clouds and holding in her arms a cornucopia. The veil which covers her face is held up by the Genius of Science. The inscription on the medal reads: Inventas vitam iuvat excoluisse per artes

The words on the medal mean literally: It is beneficial to have improved (human) life through discovered arts. We think Margit’s discoveries definitely qualify.

In April of 2019, we launched the phrase “Mitochondric Life” to represent our customers’ deep connection to Watt-Ahh … right down to the molecular level. The Polarized Water infused with DiTetra Gas works with the cellular mitochondria in making us feel more balanced, centered and inspired. We all strive to become a better self … more productive, creative and fearless in facing a confusing world. This foundational spark of life comes from mitochondrial energy.