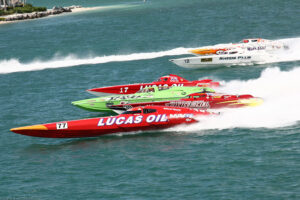 December 23, 2021 – AquaNew’s Inventor Rob Gourley has been restructuring water for over 15 years … why not restructure hydrocarbon fuel? His initial fuel testing has occurred in carbonated engines of a race car on a dyno, an extreme performance watercraft in race competition, and he even added the fuel treated with DiTetra Gas to my 22-year old Subaru Outback (well over 200,000 miles on the odometer). I certainly did not break any speed records with my Subaru but the engine ran smooth and immediately responsive when I lightly pressed down on the accelerator pedal.

According to Rob, a cooler running piston or turbo engine will have less harmful emissions. The other major benefit that Rob is observing with his treated fuel is greater horsepower.

Rob has used his mechanical engineering to improve design of both race cars and boats in their respective horsepower performances since he attended prep school in the 1960’s. There were no computers throughout most of his career, only the mindset of grinding out the multiple trials-and-errors to discover what worked. Increasing the horsepower on an engine can be done but the real challenge according to Rob is the design of the vehicle and adhesion of tire treads to get the optimum torque to the pavement so the auto moves forward (or in the case of boats, the torque in the propellers to bite into the water for speed).

Rob used the analogy of a race boat with a huge rooster tail. The engine performance is not overcoming the water friction to move the boat forward at optimum speed. It is a thrill for the fans to watch the rooster tails or smoking tires from a race car; however, the loss in power efficiency gives an edge for a competitor to win the checkered flag.

Photo from Start of the Race, Key West World Championship, November 2012 (Watt-Ahh boat at the top of the photo) 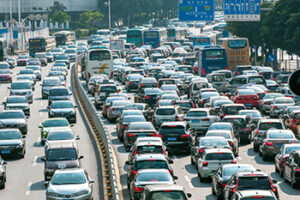 On occasion this year, we will give updates about Rob’s restructured fuel project. Could his research “save” the internal combustion engine by opening opportunities for new designs? New designs of smaller engines using less heat-resistant materials with a gain in horsepower and lower maintenance costs while at the same time, cleaner and more efficient fuel consumption that reduce toxic exhaust emissions? New engines that run on an environmentally safer fuel without complex and hazardous additives that can leach into groundwater supplies?  If interested in licensing opportunities using the WIT Technology, please email dana@aquanew.com for more information.