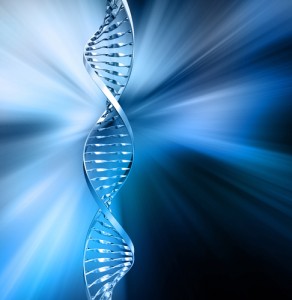 Could a faulty gene be responsible for those extra seven pounds that can be so difficult to get rid of? According to recent research, scientists at MIT and Harvard University are finding that an individual’s diet, and insufficient exercise, may not be totally to blame. An estimated 1 in 6 people have a version of the FTO gene, which causes energy from food to be stored as fat instead of being burned. Additionally, the FTO gene affects two other genes during thermogenesis (the burning of energy). Your body is constantly making fat cells, and these two genes determine whether these fat cells become the brown “good” fat (which burns calories) or the white “bad” fat (which stores calories).

Experiments where researchers have tampered with the genetic code in mice and on human cells in the lab revealed that blocking the gene’s effect caused the subjects to burn more fat. It gives the researchers hope that a treatment may be developed in the future that assists in restoring normal metabolic function in humans.

Obesity affects more than 500 million people worldwide, and increases a person’s risk of getting a host of medical conditions such as heart disease, stroke, high blood pressure, Type 2 Diabetes, cancer and sleep apnea – to name a handful. Being able to alter the effects of a faulty FTO gene could not only have a positive impact on a person’s health; but could also influence the diet and treatment plan that doctors recommend in the future.

It is our Ahh-mazing AHA! Discovery for September 2015:  the faulty FTO gene’s effect on the body’s ability to burn fat.