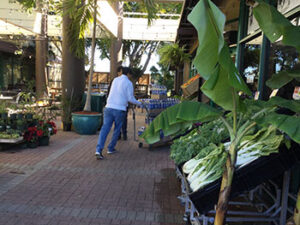 December 18, 2020 — Edwin of Food and Thought let us know that their customers are not satisfied with buying one case of Watt-Ahh bottled water … they buy multiple cases at a time! They were sold out again … so Rob and I had a wonderful holiday field trip and made a Watt-Ahh delivery to Food and Thought. We also had a grand discussion with Edwin and Michael on the benefits of Watt-Ahh, strategies for future deliveries, and the militantly organic legacy of Food and Thought and co-founder Frank Oakes.

History of Food and Thought

Edwin started working at Food and Thought close to the store’s opening in 2005. Owner Frank was an amiable organic celebrity in Naples, FL. originally working at his family’s Oakes Farms business. Prior to opening the small corner store, Frank sold organic vegetables with a promise of healthier lifestyles at several open markets around Naples, FL. Edwin brought in for his customers the best fresh vegetables he could find … from the Lancaster, PA. farm coop.  Edwin told me a story of Frank overbuying apple cider from the coop since he wanted to support the livelihood of the farmers.  The Lancaster Farm Fresh Coop thrives to this day with additional major accounts including Whole Foods. I told Edwin that the pattern of giving small businesses a chance like ours also continues to this day.

In respect to Frank’s all-organic legacy, both Michael and Edwin wanted to know why Watt-Ahh is in PET-1 plastic bottles. Rob explained that although no container is perfect, the PET-1 plastic is the best for storing Watt-Ahh and not stripping the additional electrons coming from the DiTetra Gas (Fifth State of Water) absorbed into the pure water. Michael was glad to hear from Rob about one of our Technology licensees that is progressing on using DiTetra Gas to convert plastic bottles into fuel.

Frank’s son, Alfie, had independently developed a food wholesale business and purchased Frank’s partner’s shares in Food and Thought in 2011. Subsequently, father and son initiated the major renovation of Food and Thought. Frank continued in operations when he suddenly passed a couple of years later.

A quote from the History of Food and Thought … “The community’s heartbreak when Frank suddenly passed in 2013 helped Alfie recognize the true impact and value of his father’s work. He also realized that many of the same principles that compelled his father also drive him in life and business.”

This legacy resounds when we walked into the new Oakes Farm’s Seed to Table Market that opened a year ago and also is located in Naples, FL! I would call the best food in a rustic interactive paradise … homemade gluten-free cookies, robust gorgeous vegetables, gourmet sauces, fresh smoothies, beauty supplies and so much more! 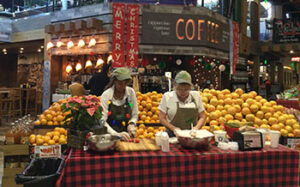 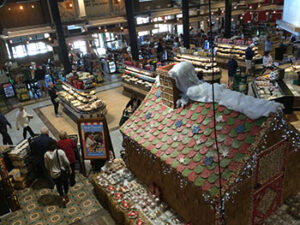 We also hope that Watt-Ahh finds a home at Seed to Table in the near future. In the interim, please dash into Food and Thought organic market and let either Edwin or Michael know how much you appreciate their decision to bring Watt-Ahh to the store. Happy Holidays to Everyone! 🙂