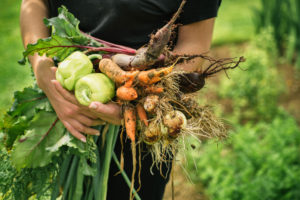 Two out of three psychotropic prescriptions in this Country are written for antidepressants.*   Americans should be on top of the World … but we are not. Instead, it is likely that man-made compounds cannot compete with nature-based substances in triggering both healing and normal cognitive functions that give us feelings of joy and security. It is backwards to think nature-based medicinal foods (and beverages) are “alternative”. They have a longer history with mankind compared to that of the relatively recent history of “traditional medicine”.

During his recent seminar*, Dr. Angelo Pezzote sparked Rob and my attention when he stated that the best nature-based antioxidants are those that can donate the most electrons to free radicals. These foods and others have a surplus of donor electrons on their outside ring.  We suddenly realized that was a great way to  describe the structure of the Polarized Water …. the four hydrogen are enriched with electrons on the outside ring and the center are two co-valent bonded oxygen. This structure ensures availability of the hydrogen-related electron to serve as an antioxidant and form methane (CH4) that ameliorates oxidative cellular injury and is ultimately released from the body; while the oxygen remains bonded as either water, O2 or O-H and does not form a reactive oxygen form, such as a nascent oxygen (O) that can be damaging to cells. It may be one of the primary mechanisms of reducing both oxidative stress and inflammation thereby improving blood circulation throughout the body.

There are about a dozen categories of potential plant-based antioxidant compounds or polyphenols. Some of the food sources for these various polyphenol types such as Flavanols, include cocoa, green tea, red grapes, cherries, oranges, cinnamon and turmeric. These foods and others likely have donor electrons on the outside ring as described by Dr. Angelo. For instance, curcumin, derived from turmeric, has multiple medicinal properties including anti-depressant effects.

Amino acids derived from natural foods can make neurotransmitters that create emotions within the normal range. Our recent blog covered cocaine in a natural form (coca leaf) may not be as addictive by raising the neurotransmitter Dopamine within a normal range. Snorting white powder made by an artificial process to concentrate the cocaine raises the dopamine level to a new high and causes the mind to crave for the next fix.

Amino acid Trytophan can trigger neurotransmitter Serotonin thereby inducing sleep. Many persons suffering from insomnia may take prescription sleeping pills each night well beyond the recommended two weeks. Eating foods high in Tryptophan like turkey (Dr. Angelo recommends eating 3.5 oz. of turkey) before going to bed, instead, can be a healthier alternative.

There are a limited number of medical foods containing amino acids or herbs, that are intended for specific dietary management of a disease under the supervision of a physician. One medical food is Limbrel that may alleviate pain for patients with osteoarthritis, contains polyphenols extracted from both the Chinese skullcap, Scutellaria Baicalensis, and catechin, Acacia Catechu. It is considered a substitute for over-the-counter pain relief products that may cause liver damage over time. However, the manufacturer of Limbrel initiated a voluntary recall in January of 2018 due to pressure from the FDA

Several years ago, it was discovered that some products supposedly containing aloe and sold at big box stores did not actually contain any aloe. Dr. Angelo advises us to check our brand products at either ConsumerLab.com or USAConsumerReport.com, independent testing agencies. He mentioned a variety of brands including Life Extension, Now, Solaray, 365 (Whole Foods), Jarrow, Nature’s Bounty, Nature Made, Shaklee and Juice Plus. You might want to check on the lab analysis before buying a super-sized bottle of your favorite supplement type at a big box store.

Looping Back to the Topic of Depression

One hypothesis about depression involves low levels of three neurotransmitters: Serotonin, Dopamine and Norepinephrine or called the “three neuroamines”. One medical food contains L-methylfolate that comes from consuming folate (Vitamin B9). Some foods highest in folate include raw spinach, raw endive, raw romaine lettuce, and asparagus.*  Again, a plant-based diet may help in reducing the number of scripts written by doctors each year for anti-depression within this Country.

As a general conclusion, we need to keep Nature as our primary ally and not try to create artificial compounds that are either incompatible or even worse, damaging to our own bodies.

Thank you, Dr. Angelo, for your professional courtesy in offering edits and clarifications for this blog to make sure our customers receive accurate information.

* “The Pharmacy in Your Kitchen: An Overview of Medical and Medicinal Foods,” sponsored by the Institute of Brain Potential, February-April 2018 nationwide, presented by Angelo Pezzote, PharmD, MA. Dr. Angelo is also an independent speaker, available to speak on a wide range of behavioral medicine topics linking mental and physical health.