January 29, 2022 – In her new protocol, Epigenetic Researcher Sterling Hill, founder of MTHFR Support, states … “The use of electron transport water, Watt-ahh by Aquanew.com,  can reverse the ill effects of the oxidative damage of heme and iron in people with these genetic defects”. The genetic defects that she is referencing include G6PD Class I, II and III, HFE H63D, and HFE C282Y, HFE S65C mutations.

Sterling has recently presented a white paper with over 119 references on her protocol for individuals with the above-referenced mutations to prevent heme, oxidized iron and iron binding capacity issues This protocol includes the consumption of Watt-Ahh Polarized Water. In her report, she also references the 2011 University of Florida study on the transport and absorption of Vitamin C and iron absorption with Watt-Ahh. You can contact AquaNew for a copy of the 2011 study.

G6PD deficiency (an enzyme defect that hinders metabolism of sugars and carbohydrates and causes a premature breakdown in the iron-containing oxygen-transport in the hemoglobin of blood) is the most common genetic defect with a higher incidence of occurring in males of  African, Asian, Italian, Mediterranean and Israeli descents. This genetic mutation is estimated to effect over 400 million people worldwide. It is important for each of us to have our individualized genetic panels analyzed to avoid medical treatments that can be life threatening. Sterling has developed an app that can provide the genetic panels based on “23 and Me” data  that you can share with your health practitioner.

In her report, she anecdotally recounts the recovery of both her clients and herself using the protocol. Any high dose of either Vitamin C or Vitamin K could cause serious injury if the patient has G6PD variants. Sterling describes one client with the mutation who experienced a dangerously high ferritin level after using high-dose Vitamin C as part of a traditional disease-related medical therapy. Elevated-levels of ferritin is indicative of a hereditary hemochromatosis or  excess iron stored in organs that can manifest into life-threatening conditions, such as liver disease, heart problems and diabetes. The client followed Sterling’s protocol using the Polarized Water and the ferritin level went significantly lower within four days.

Sterling also shares her own testimonial … “I myself have a HFE (hereditary hemochromatosis) H63D variant. Where my body absorbs exorbitant amounts of nonheme iron which then overloads the body and causes oxidative damage which accumulates in the liver, pancreas, anterior pituitary and cardiac myocytes, and in the absence of treatment to reduce body iron levels a characteristic picture of tissue injury and organ failure develops. The three major HFE variants that are problematic are C282Y, H63D and S65C. Ascorbic acid can cause someone with hereditary hemochromatosis to absorb an overabundance of iron that can become oxidized and do multiple organ damage. Watt-ahh by aquanew.com along with 300mg of benfotiamine and a cup of dandelion root tea in the evening can help ferritin fall back into reasonable ranges. It is best for someone with hereditary hemochromatosis to use sodium chlorite made with hydrochloric acid instead of ascorbic acid.”

Sterling concludes … “Now we have future potential for people with G6PD, HFE, thalassemia, oxalate, sickle cell and other genetic issues to be able to use ascorbic acid and/or hydrochloric acid without damaging effects. Watt-ahh also helps make the cells porous so the ROS (reactive oxygen species) made from the ATP production in the cell can easily exit the cell and detox the body. The use of Chlorine dioxide and Watt-ahh in combination have huge beneficial potential ….”

Utility Patent on the Polarized Water and Stability of Chlorides

Sterling in a recent podcast mentioned how the Polarized Water (pure water infused with DiTetra Gas or under the brand name of Watt-Ahh) stabilizes chlorine such as in chloride dioxide and hydrochloric acid (less outgasing). In 2019, Inventor Rob Gourley received a U.S. Utility Patent (10,259,712B2) on this discovery and the stable “chloride” combinations that are used in at least nine medical products currently on the market. One of these products is shown below. 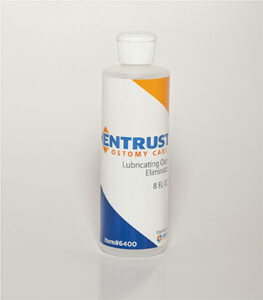