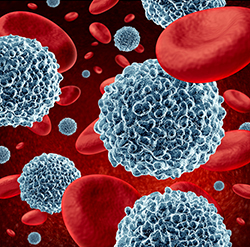 You might have heard more about T-cells on the immune response to COVID-19 lately in the news. The development of COVID-19 vaccines and the related ongoing trials are going warp speed, costing billions of dollars. Sadly, vaccines that stimulate antibodies may only have a temporary protective response. It has been recently discovered that “memory T-cells”, instead, may actually provide longer protection from viral re-infection.

For years, we have discussed T-cells and the production and stabilization of hydrogen peroxide at topical wounds to promote faster healing. Medical research labs have proven Watt-Ahh Polarized Water stabilizes hydrogen peroxide. Since man pre-dates both vaccines and pharmaceuticals, this T-cell/hydrogen peroxide immune response is what we call “Ancient Man Immunity”.  Last month, we premiered the mitochondria as the powerhouse of immunity that includes governing the production of T-cells.

T-cells are lymphocytes (white blood cells). As explained in scientific articles, T-cells are grouped into two sub-types, CD4+ and CD8+ cells. CD4+ are helper T-cells involved in releasing cytokines. The cytokines are needed in the maturation of B-cells, which become plasma cells and produce antibodies to neutralize the pathogen. The second sub-type of T-cells are called CD8+ cytotoxic T-cells, that directly kill infected cells.

This article dated July 20, 2020 states … “Once the adaptive immune system has vanquished the invader, a pool of long-lived memory T and B cells are made. These memory lymphocytes remain dormant until the next time they encounter the same pathogen. This time, though, they produce a much faster and stronger immune reaction. Memory is the key feature of the adaptive immune system, enabling long-term protection.”

The same article refers to other scientific studies and concludes … “This suggests that antibodies to COVID may not last very long. But this does not exclude the existence of memory T and B cells, capable of re-emerging from their dormant states to protect against re-infection. In other words, the antibodies that B cells make during initial exposure disappear in a few weeks, but the memory cells generated as a consequence of this persist for much longer.”

The core lesson is immunity requires energy. Watt-Ahh Polarized Water with its stable 2-4 structure (2 oxygen and 4 hydrogen plus electrons) supports the ATP energy produced by the mitochondria needed to sustain the adaptive immunity cell defense (and memory recall of the cytotoxic T-cells).