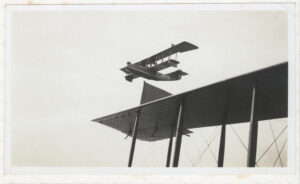 AquaNew’s Rob Gourley is from the Old School. He has spent his entire life around machines and to make them run better, he is a trial-and-error mechanical tinkerer. He makes the case in a recent video (Minute 23.39 start of the section entitled “Watt-Ahh”) that the years of trial-and-error in making the first successful machine that reliably produced the fifth form of a water gas (DiTetra Gas) is similar to the longstanding efforts of the Wright Brothers. Rob in the video uses the analogy of Wright Brothers in designing the perfect propeller. Rob asserts the Brothers if they had computers at the time, which they did not, that their design of the propeller would have been different such that the first milestone of sustained flight would have been delayed.

Subsequent to the Wright Brothers (circa 1918), one of Rob’s grandfathers, Richard Pass, 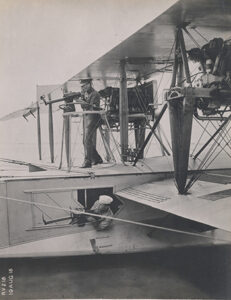 who was a military pilot during WWI, designed an early aileron for planes (ailerons allow stable turning or banking of planes). His grandfather also was “old school” with trial-and-error in flying planes. He was a gutsy guy and even stationed himself on a wing of a Navy boat plane to take photos. One is shown above and another photo to the right.

I am glad that Rob is more land (or water) based on his mechanical experimentation. It is safer. Rob also used the trial-and-error technique in his auto and boat racing days as he describes in the video (somewhat less safe). I suppose once a “tinkerer”, always a tinkerer. But Rob has learned to use the computer to order mechanical parts. 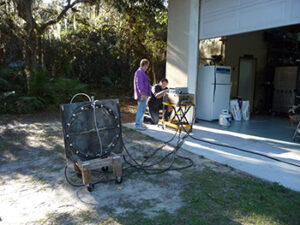 Right after college graduation, Matt Mossman apprenticed with Rob to qualify for his engineering PE. Matt worked on the software programming for the WIT Machines. He sadly passed away in January of this year.

Matt had a brilliant mind. He and Rob were from different engineering schools (new and old schools, respectively) but they complemented each other strengths. Matt’s favorite pastime was flying in his plane. It got him to his destinations including business trips faster than either his Jeep or his boat (LOL! the engine for the latter was stored for at least a full year at the AquaNew Ranch). 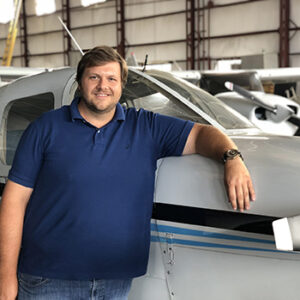 Matt, we miss you but we cherish the good times together including the many trial-and-error experiments with the DiTetra Gas and fine-turning the performance of the WIT Machines.