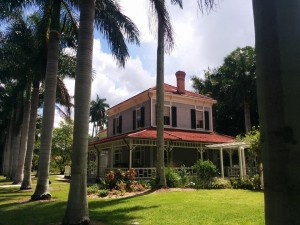 “I have not failed. I’ve just found 10,000 ways that won’t work.” Either Thomas Alva Edison was the world’s greatest optimist, or he was simply that persistent and stubborn. If I had to guess, I’d put my money on the latter. With 1,093 patents to his name (and 500+ more that were unsuccessful or uncompleted), there are plenty of “Ahh-mazing” discoveries to choose from … electric lighting … the phonograph … motion pictures … alkaline batteries … But no, I was most surprised by his research into … rubber.

I recently discovered the Edison & Ford Winter Estates, complete with more than 20 acres of botanical gardens, along with Edison’s Botanic Research Laboratory, the Edison Ford Museum, as well as the winter retreats of Thomas Alva Edison and his friend, colleague and part-time neighbor, Henry Ford. It was Ford who helped convince Edison (along with friend, Harvey Firestone) to find an alternative source of rubber for automobile tires. At the time, all natural rubber came from the 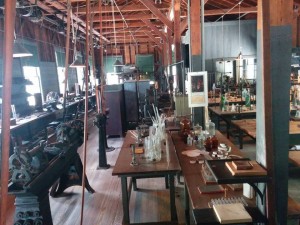 Rubber Tree (Hevea brasiliensis), found in Africa, Asia, Central and South America – but not native to North America. Crude rubber was imported, and at great expense. Both Edison and Ford shared the belief that solutions could be found in nature, and the two co-founded the Edison Botanic Research Corporation in 1927, when Edison was 80 years old – a time when most people would have long since hung up their hat and retired. 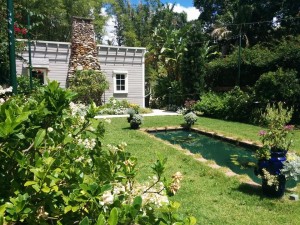 Edison’s Fort Myers property was more than just a natural subtropical oasis – it was the perfect climate where more than 17,000 types of plants could be tested as a rubber substitute. Eventually, Goldenrod became a viable option – but Edison died in 1931 before the research could be fully actualized.

Whatever you may think about the personal beliefs and sometimes questionable business tactics of Thomas Alva Edison, historically, our lives today would be radically different were it not for the relentless pursuit of the man who lived by his own adage, “There’s a way to do it better – find it.”