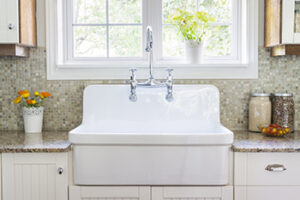 December 6, 2022 — For this climate-related article, we are not talking about the sink that Elon Musk carried into Corporate Twitter. This article instead of the kitchen sink, focuses on carbon dioxide sinks.

In the latter 1970’s, I worked on a comprehensive research project and later a metro-wide landscape design plan for “sinks” that were funded by the U.S. EPA. For an entire summer, I collected data at the Yale University on air pollution absorption rates (or sinks) for plants, soils and water. If I recall correctly on the three-volume report we prepared for the EPA, capturing a variety of air pollutants by such natural elements had some measurable effect but not sufficient to justify the economics of planting and maintaining both trees and shrubs throughout a metro area (thousands of hectares, one hectare is equivalent to 2.47 acres). The layout park designs with plants, however, would have been more protective of the respiratory health for pedestrians and runners from the exhaust of nearby commuting cars.

Carbon dioxide is more benign to the environment when compared to a micro carbon form. Carbon monoxide is toxic.

Carbon is a by-product of the carbohydrates that we eat. The air we exhale releases carbon dioxide. As my husband, Rob, likes to say that if the carbon was not exhaled, we would turn into carbon briquettes. The carbon dioxide released into the air is essential for plants to grow and produce the food that we eat. Carbon fuels were formed over millions of years of plant-carbon reserves.

The various types of carbon-based fuels have specific hydrocarbon chains. Diesel fuel for instance has between 12 ad 20 carbon atoms along with paraffins, aromatics and naphthenes. Climate theorists, citizen activists and politicians are concerned about aerial carbon dioxide from the combustion of carbon-based fuels. However, since carbon dioxide itself does not conduct heat, our opinion is thermal heat generated from internal combustion engines may contribute more to the greenhouse effect.

Man-made diamonds also are carbon dioxide sinks, actually more than most individuals may realize. Using 100% renewable energy, the process includes extracting carbon dioxide from the air. After the carbon dioxide is captured, it is synthesized into hydrocarbons and exposed to a powerful reactor that exerts high heat and pressure, turning the hydrocarbons into diamonds. According to the manufacturer, 20 metric tons (1,000 kg/tonne or 2,024.6 lbs.) of carbon dioxide is needed for every carat produced. The manufacturer states … “This means that a two-carat diamond would offset an individual’s carbon footprint for the next two and half years”. Who would have thought diamonds are a carbon sink? The same cannot be claimed for electric cars … plus diamonds do not need daily recharging for their brilliance.

Do you have a “AHA!” Discovery to share for a longer and healthier life or a cleaner environment? Or, do you have a discovery story to share on a different topic?