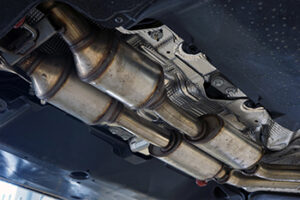 November 19, 2022 — All of the talk about “zero-carbon emissions” reminds me of working on the federal zero effluent guidelines for the battery manufacturing industry in the early 1980’s. As an United Technologies Corporation employee working on a major contract with the U.S. EPA, I traveled nationwide every other week and sampled wastewater from battery manufacturers to find the best practices for zero pollution discharge … was not ever found. I wonder if the current anti-carbon movement is another pie-in-sky idea with good intentions to improve the quality of the environment while closing the doors of small businesses that can not afford expensive technologies and increase the burden on taxpayers to support the recent IRA (Inflation Reduction Act).

I spent at least a month in the Washington D.C. coordinating with the U.S. EPA Director of the zero effluent guidelines on the mountain of collected wastewater sample data. I recall that we had a discussion about carbon. He let me in on a top secret at the U.S. EPA … they could not figure out how to remove micro carbon produced by EPA-required catalytic converters in cars since 1975. Light-weight micro carbon float in the air and humans are susceptible to breathing it. Micro carbon gets lodged into lungs and can cause terminal respiratory diseases. Before catalytic converters were required for internal combustion engines, the carbon chain in exhaust was larger due to the lower combustion temperatures. The heavier carbon accumulated along the side of roadways and did not scatter as far with the wind. Yes, it is rare to see black exhaust from cars these days but it appears to me that the U.S. EPA is not forthright in discussing the molecular form of carbon that causes the most environmental and health concerns.

Instead, “generic” carbon has become the culprit for climate change but not all molecular forms of carbon are bad for the environment. For instance, carbon dioxide that we exhale is needed for plant growth. Regarding the zero-carbon emissions drive, it makes me wonder if history is repeating itself with a high-price-technology bar that cannot totally remove the dirty and destructive micro carbon.

Firefighters breathe the micro carbon while extinguishing fires. Certainly the 911 first responders did too and many have developed terminal respiratory diseases. The active oxygen in the DiTetra Gas may react with the micro carbon in the lungs to convert to carbon dioxide and may be exhaled from the body. Also the restructured fuel made with DiTetra Gas has a cleaner and more complete combustion to reduce carbon emissions.