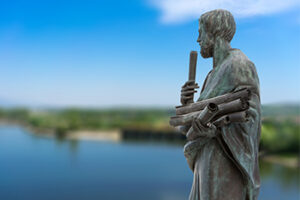 Maybe the benefits of Fifth State of Water (DiTetra Gas) is an “Aristotle reversal” … could the sum of its individual molecular atoms be greater than that of its whole? Our focus has been on the extra electrons associated with the four hydrogen on the outside ring of the two co-valently bonded oxygen. Those electrons provide the electrical differential to allow the activated water rapid passage across cellular membranes for superior hydration, detoxification, cellular communication and mitochondrial respiration.

During the period of COVID-19, we expanded our focus on the active water in enriching blood platelets with oxygen thereby supporting lung respiratory function that may be compromised by viral infection. After decades of trying to convince others about the existence of additional electrons associated with the four hydrogen, another recent theory is that the DiTetra Gas adds electrons to the co-valently bonded oxygen in DiTetra Gas. A stronger negative charge outside the oxygen causes the donation of at least one of the 8 protons associated with a single oxygen. This theory is one explanation of how DiTetra Gas can balance negative and positive charges for improved brain synapsis.

Since DiTetra Gas is adding and moving molecular parts, why not stretch further with a possible new theory that the Gas can also remove molecular parts … such as the neutron in deuterium hydrogen? Could bubbling DiTetra Gas into water create a deuterium-depleted water? Admittedly, we tried to close down such a theory that DiTetra Gas-infused water (or Watt-Ahh) is deuterium-depleted water. Several years ago, we asked water scientists about deuterium (hydrogen with a neutron) and offered the outcome of our inquiries in this article, entitled “Deuterium is Not Hydrogen’s Evil Twin”. Deuterium is a non-radioactive stable isotope of hydrogen and is ubiquitous in soil, water, food and even in the air we breathe. We figured that we needed to continue to focus instead on our priority molecular theories.

M J Pangman of Dancing with Water does not buy our position on deuterium-depleted water, however, and she recently pleaded her compelling case in an email to us dated November 23, 2020 which we share in part below:

We got the results of the Deuterium test last week.

Although the result did not show deuterium depletion, we suspect that the properties of the gas have skewed the results.  It would not be the first time your water has defied the ‘science’.

So please don’t stop reading this … 🙂

One of the reasons Melanie and I both keep saying to ourselves, ‘This water is deuterium-depleted’  is because we have drunk depleted water for over a year – in the same manner that we personally tested Watt-Ahh over a period of time. In fact, we did preliminary testing on a brand of depleted water (25 ppm) with a clinic where a number of health parameters were monitored for 3 individuals over a period of 4 months … and I presented the results at the International Conference on the physics, chemistry and biology of water in Bulgaria in 2016. They were impressive. In the last 4 years even more work has been done to substantiate the biological benefits of deuterium depletion. We know what it feels like to drink deuterium-depleted water and drinking Watt-Ahh is very similar in many ways … and much more.”

M J provides a link from a presentation on the connection between deuterium and mitochondrial health by Laszlo Boros, a professor at the UCLA School of Medicine. If you are interested in more information, please contact M J at Dancing with Water website.

M J continues in her email … “Boros outlines the effects of deuterium in the mitochondria.  It should give you more background than you got from the folks you talked to prior to writing your blog on deuterium-depleted water – those folks were not very good sources of information in my humble opinion.

So…. while the current ‘scientific testing’ will not support our hypothesis, biofeedback testing does support our line of thinking. We believe Watt-Ahh is deuterium depleted.

If someone asks you again, we wonder if you might want to keep the door open on this one…

We remain your most grateful supporters of this beautiful water!”

Thank you, M J and Melanie, for keeping us dancing on our toes. Although Watt-Ahh is not testing in a lab as “deuterium depleted”, the biofeedback may be even more significant. Indeed, you are correct that it is another mystery of Watt-Ahh that flies in the face of science (and also that of the Greek Philosopher Aristotle 🙂 ) and causes one to ponder how to test whether or not DiTetra Gas is effecting the mitochondria reaction to the neutron in deuterium.