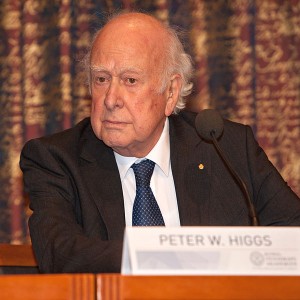 During a 2013 interview, former Edinburgh University Professor Peter Higgs calmly said he was annoyed when colleagues told him that his white paper had “no obvious relevance in physics” back in the 1960s. He said he took the “scenic route” in learning about other fields of physics in his early career before focusing on particle physics. His interactions with other brilliant minds kept him open to the discovery of why subatomic particles (electrons, protons and neutrons) that travel through an energy field gain mass while light beams (photons) do not get any mass from the same energy field.

His persistence led him, more than 20 years later, to the Large Hadron Collider (LHC), one of the world’s most powerful particle accelerators, which proved Higgs’ theories to his skeptical physics colleagues and the world. Back in the 1980s, Higgs was told that he was nominated for the Nobel Prize and he anxiously awaited the news each October. A quarter of a century after the beginning of the research using the LHC, Higgs and his partners finally heard they won the 2013 Nobel Prize in Physics. He came out of retirement to a media intensity that he did not anticipate. He said at age 85, he is looking forward to a second retirement and getting back to a normal life.

To this day, the particle “Higgs Boson” itself has not been seen … only a ripple in the Higgs energy field detected by the LHC. The discovery was nicknamed by the media as the “God Particle.” When asked how he felt about the nickname of the “God Particle,” Higgs responded as being embarrassed over the confusion caused ranging from indignation from those of the physics community and from others of the religious sector on whether or not his discovery is proof of the existence of God.

Higgs was asked about the relevance of particle physics in today’s world. He said particles larger than that of the Higgs Boson that can be detected by photonic beam are critical for medical (MRI) scanners and serve to speed up data analyses for grid computers. He predicted that super colossal magnetic devices may someday be developed to get a glimpse of dark matter.

Our Ahh-mazing “AHA” Discovery Spotlight for this month (April) is Dr. Peter Higgs, PhD. in Physics, subatomic mass building as the origin and foundation of our Universe. We must confess our bias towards a scientist who has spent most of his life pursuing “sub-atomics” (e.g., electrons) … it has a familiarity with AquaNew CEO Rob Gourley’s own multi-decade research efforts. Although we do not have at our disposal a LHC for our own electromagnetic research, we look forward – in the far future – to that desktop particle accelerator, perhaps with the option of a “super colossal magnet” mentioned by Higgs in his interview! (Shown above) Dr. Higgs persevered with his research for over a half century after initially being told by colleagues that his discovery had “no obvious relevance in physics” and he remained open to the revelations of other scientists in related fields to ultimately find success with his own discovery.