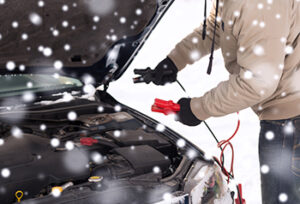 January 19, 2020: Watt-Ahh has not undergone any artificial process to deplete hydrogen deuterium. On the topic of deuterium-depleted water, Rob Gourley, a mechanical engineer and inventor, has a new theory. He thinks the molecular structure of Watt-Ahh that is enriched with electrons may offset the effects of the neutron in deuterium. It is a natural molecular order without any elaborate process to deplete hydrogen-related neutrons. The latter process only can deplete some of the deuterium and does not completely remove the deuterium (neutrons from the hydrogen) in the water.

Rob’s theory is that the extra electrons from the infusion of DiTetra Gas into purified water to make Watt-Ahh restores the energy of deuterium water … a kinetic ion effect. The neutron in deuterium water is like a circuit resistor that slowly bleeds off the effect of electrons, like a low slow electrical short. I like to use the analogy of starting a car on a cold morning and the battery slowly gives a weak charge to the ignition (or the battery needs to be jump started). The DiTetra Gas reloads (or recharges) additional electrons into the water structure to override the dampening energy effect of the neutron on mitochondria functions.

Rob’s theory may explain a recent observation from the authors of “Dancing with Water” on Watt-Ahh as follows: “One of the reasons Melanie and I both keep saying to ourselves, ‘This water is deuterium-depleted’  is because we have drunk depleted water for over a year – in the same manner that we personally tested Watt-Ahh over a period of time. In fact, we did preliminary testing on a brand of depleted water (25 ppm) with a clinic where a number of health parameters were monitored for 3 individuals over a period of 4 months … and I presented the results at the International Conference on the physics, chemistry and biology of water in Bulgaria in 2016. They were impressive. In the last 4 years even more work has been done to substantiate the biological benefits of deuterium depletion. We know what it feels like to drink deuterium-depleted water and drinking Watt-Ahh is very similar in many ways … and much more…. We remain your most grateful supporters of this beautiful water!”

Restoring the kinetic energy in Watt-Ahh within its innate molecular structure eliminates the concern over how much deuterium remains in the water and possible adverse mitochondria effects that may be caused by deuterium.